I was very excited on the day we went to Chon Kemin, since it’s where my grandpa was born. We arrived at school, and at around 8:30 went on buses. The ride was around 2 or 3 hours long, but it honestly felt way shorter.
We arrived at our first activity, rafting. We had wet suits that, yes, were warm, but it was so hard to get in it. I looked like a penguin waddling around. It felt tight, so my arms were sticking out. It was hilarious. We got on the raft, and the water was so cold, I started shivering. The river was rather calm at times, but since I was at the very top, I was splashed a hundred times and I started shivering even more!!!
We started singing random tunes like ”Row, row, row your boat”, and “We will rock you” remix. We got to the end, and the hot rocks hurt a lot, because we’re used to stepping on flat objects, not round or anything like that. But it felt like a good massage. I remember some boys took their shirts off and laid down on
the rocks. They said it was like a massage. I didn’t do it though, since it was pretty dusty. After that we got back on the bus and made our way to the hotel. The view was beautiful! We were in the countryside, with what seemed like hundreds of mountains in front of us. The best part about it was the fresh air. It smelled sweet, like a fresh jarof honey. Lunch was pretty tasty, chai and some of the most buttery, tasty bread I’ve ever tasted. After lunch we played around outside for a bit, and then we got settled in our rooms. A few hours later we went for a walk to a big “farming tool”. I was too scared to climb up any higher than Mr Grant. We came back to our hotel area, made borsok, and had dinner. A little after dinner it was starting to get cold, so we made s’mores. They were yummy. Then we went to bed. When we woke up we went for a little hike along a mountain. It felt like it took forever. But we made it back and had pancakes for breakfast. It was very yummy. And then we came back, after another few hours in a car. The trip is 10/10 for me.
Adilet, Grade 7 Student 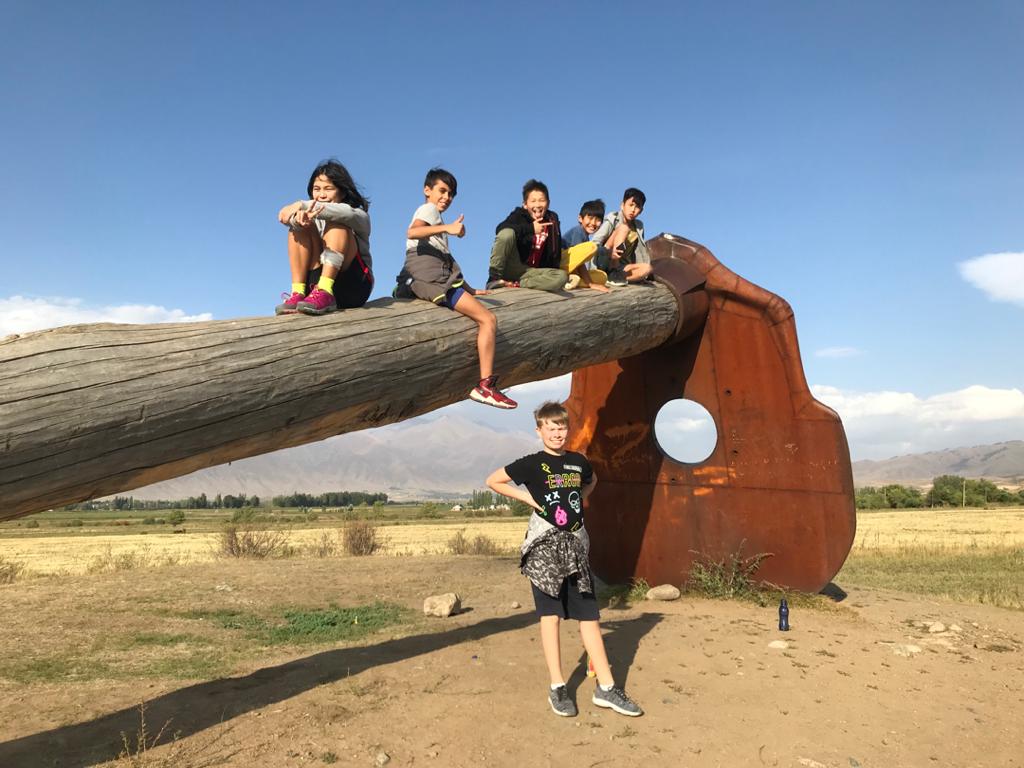 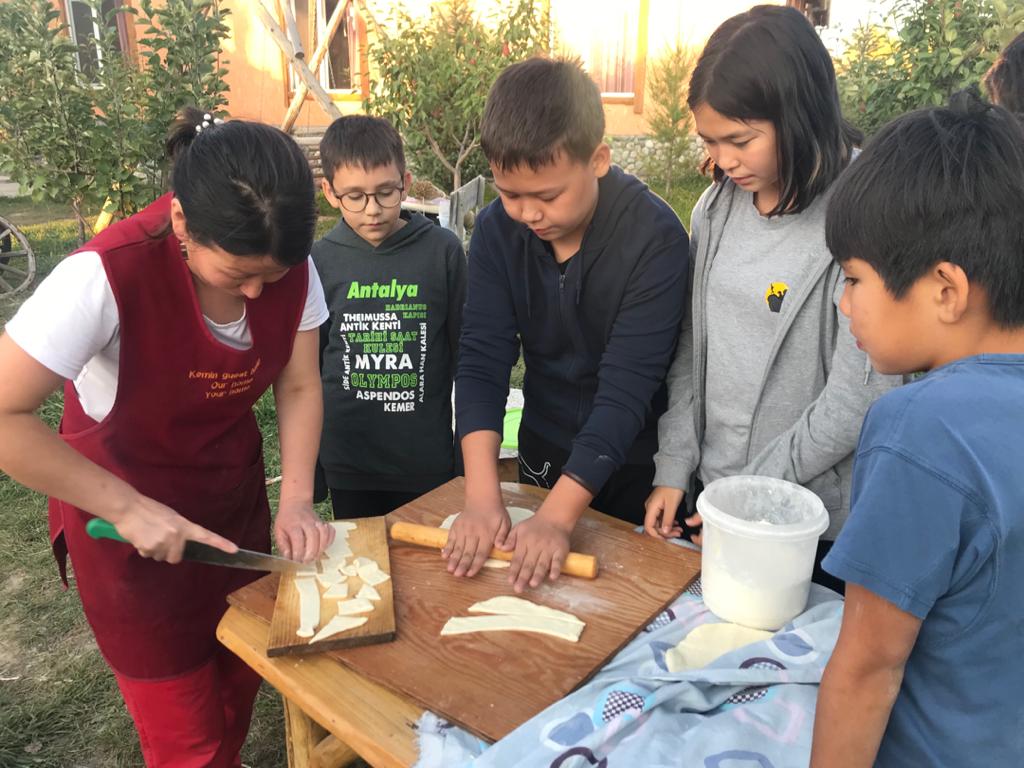 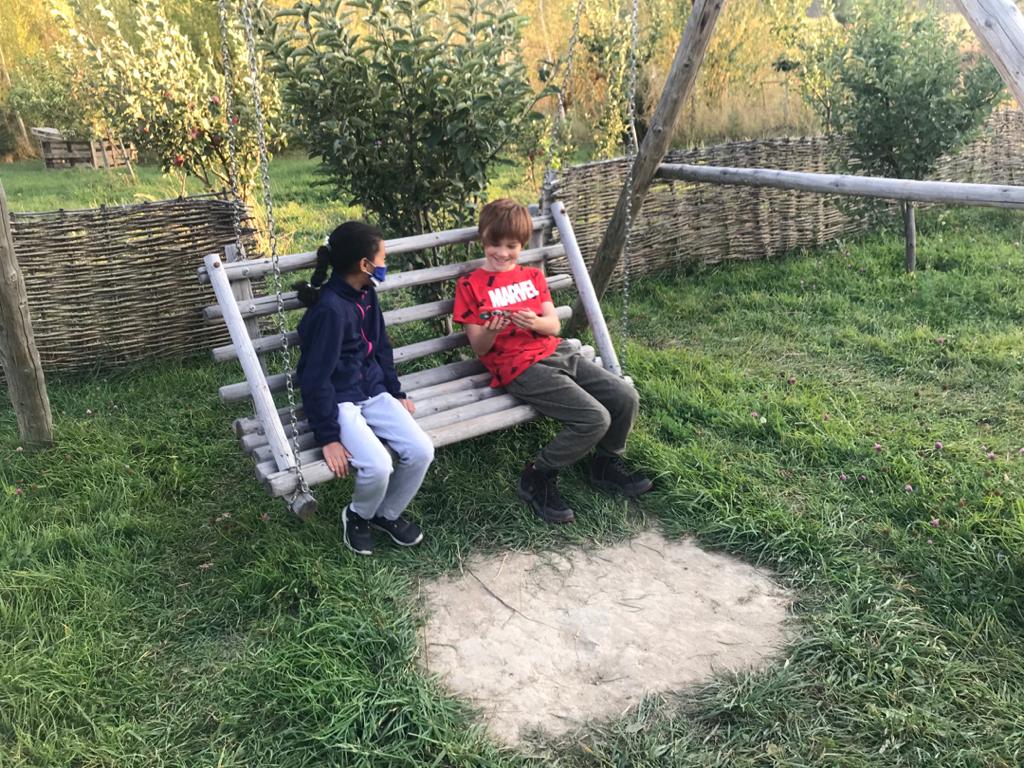 SAVE ANIMALS, PEOPLE AND PLANTS!